Message from the CEO

Receive our latest updates about our products and promotions. 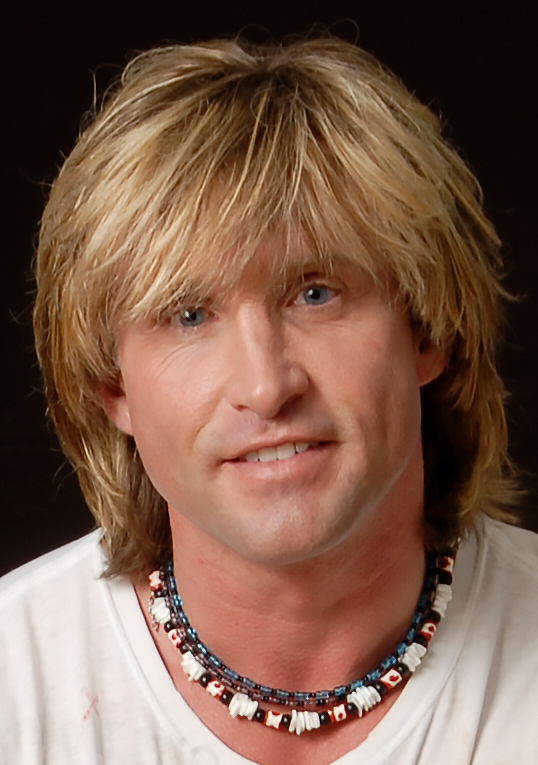 I would like to thank you for choosing to spend some time learning about BRAVADA International and supporting all the things that we stand for and try to accomplish.  In life, it seems most things never go exactly to plan and the forces that work against us seem to feel stronger and more determined than those that make up the wind behind our backs.  Nothing great has ever been achieved without tenacity and discipline to affect a positive outcome and there is always an equalizer we all have if we choose to use it ... our minds.

I was born in Brno, Czechoslovakia in 1967 to father who fought the Soviet communists as part of the Czech underground and a mother committed to her two sons.  On August 20, 1968, 200,000 Warsaw Pact troops and 5000 tanks invaded to crush the "Prague Spring" as the Czechs rose up to fight for their independence and freedom from the Soviet Union.  In the early morning hours of August 21, one of my father's friends frantically came to the door telling him that he was "On the List" and that "they" will be coming.  Within an hour, my mother and father were on their way to the southern border with Austria to cross the border and get to Vienna where my aunt worked making passports for Czechs so they could more easily get (sneak) out of the country.  They left everything and everyone behind without even getting a chance to say goodbye and boarded a bus to the border.  It was one of the last border crossings still manned by Czech soldiers but there was one issue, I was too young to have a passport.  All my father had of me is my birth certificate and citizen papers.  The Czech Sargent in charge called my father off the bus and a conversation ensued away from my mothers ears with a number of soldiers surrounding my father with their automatic weapons at the ready.  The Czech Sargent went inside the building and my father would tell me that he thought it was the end for us.  A few minutes passed and the Sargent came out and back towards my father.  My father told me that the Sargent was silent almost lost in his own thoughts flipping through my paperwork page by page.  I remember my father telling me that all he could feel was the beating of his heart as he was seconds from giving in.  Then, suddenly, the Czech Sargent looked up at my father and said "odejít".  As he handed back my documents to my father he said again "nastoupit do autobusu a odejít".  That meant "leave" ... "get onto the bus and leave".  A few months later we landed as refugees in Vancouver Canada and that is where the rest of my life began.

I am here today because a Czech Sargent told my father to get back on the bus and leave.  He did not have to ... he was not supposed to.  He knew that we were fleeing the invasion and that my father's name was "On the List".  That was why the Sargent went inside the building.  I always imagine what was going through the Sargent's mind and why he did what he did?  I always wonder if that Czech Sargent is still alive?  It is only because of him that my family and I made it to Canada as refugees in 1969 and where I began a life of freedom in North America.

I know that I am lucky to be here today due to circumstances that I had no control over.  Everyday I get into my office by about 4:30AM.  My favorite day is Sunday where the silence of the morning gives me the calm feeling to procure pure crisp thoughts.  During the week, I watch "Mornings with Maria" first thing in the morning and have had the same morning routine since 1992 when I would watch CNBC to start my day.  People who know me call me a "workaholic" but I tell them that you do not work when you do something you love.  I tell people that everyday is Wednesday for me because my routine is the same everyday, 7 days a week, 16 hours a day so the days blend into each other ... and I love it!

No one knows what is going to happen this year or the next.  The Covid-19 pandemic proved that to us this year.  It is important in how we react to the unexpected event to realize and capture any potential opportunity.  Our minds are our equalizer in life and you have to exercise it just as you would your body.  I am a fighter by default and spent 8 years as a competitive kickboxer because 2 kids beat me up pretty bad when I was 13 years old.  It was my father's idea that I start boxing and I reluctantly went along and I am glad I did.  I spent the first year as a boxer and then the next 6 or 7 as a kickboxer.  It taught me that you spend a significantly more amount of time preparing for the fight than you do the fight itself, and if you love the fight more than the long hours of training and preparation, you cannot win.  You have to love the battle more than the victory.  Those who love the victory and dislike the training cannot succeed.  Just as we train our bodies, we must train our minds as that is what today's business environment demands.  Business is hand to hand combat, it is trench warfare and you have to have to love the long hours of constant change and never-ending learning.

After 33 years of being an entrepreneur, these are some of the mindsets that I try and make a part of the BRAVADA culture.  To be successful, you have to try many things and not be scared of failure.  I always say that you have to throw a lot of pizzas against the wall to see which ones will stick.  Failure is the path to learning and how we get a deeper understanding of what actually works.  Knowing what to do has to be coupled with knowing what not to do.  In the 90's when the internet started, I knew it was going to revolutionize everything and that I had to learn how to code HTML.  Then as search engines and crawlers became more sophisticated, search engine optimization (SEO) was critical to understand.  Next it was Photoshop then networking and a dozen other things that became critical for business success in the new world of the internet.  I did not want to rely on other people and companies to be able to create and develop a business and websites so I spent long hours researching how Google page ranking works and the multiple algorithms within it, Panda, Penguin and Hummingbird.  It meant understanding and utilizing the latest versions of CSS and HTML, learning responsive web design, how code and content worked in unison with search engines and more.  Knowledge is the fulcrum of success and without it there can be no victories.

Work hard, do not be afraid to try and fail or try and succeed, learn all you can and never forget the value of liberty and freedom.  Freedom must be fought for and generations past have not forgotten this ... I sometimes worry that today's (generation) world has forgotten the lessons of the past.  No one should have to have a border Sargent determine their future, but if it comes down to it, I hope it is the prospects of freedom that win the day.

×
Recently Viewed
Sorry, there are no products.
Top

I Am a New Customer

Yes, I want to create an account so I can shop Wholesale Medical Face Masks.

Welcome back! Login to your account to start shopping.